Unlike Washington DC, Oklahoma can’t print money or borrow it from China. Every dollar of reduced spending on state government is one put back into the private sector to help create Oklahoma jobs.

Governor Fallin has always believed that government, like a family or a business, should have money saved in case of unexpected financial hardships.  That is why one of her major priorities when she took office was to replenish Oklahoma’s “Rainy Day Fund” that had literally dwindled down to pocket change.  Today, with over $530 million in the rainy day fund and counting, taxpayers are much better protected from any unforeseen financial hardships that may be encountered by the state. 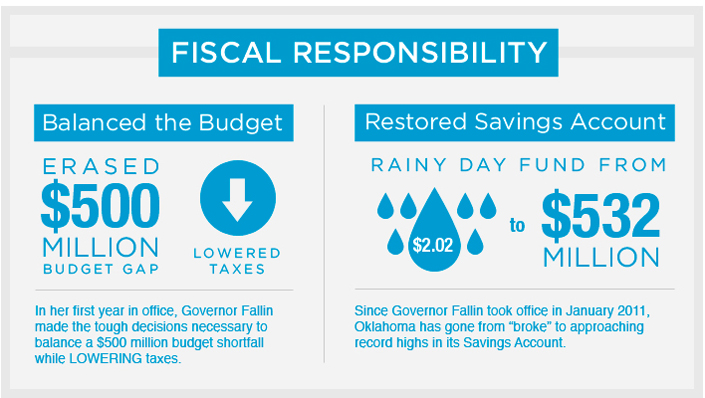